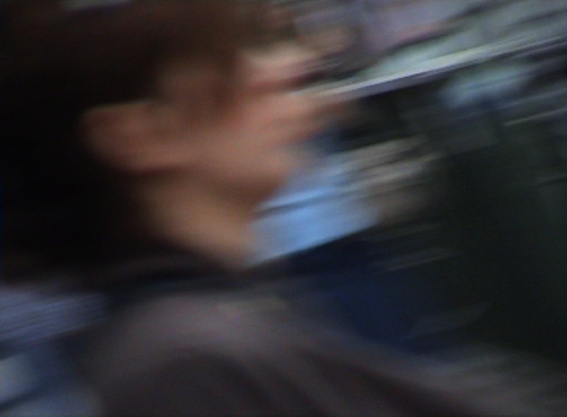 The Position is Determined in the Movement

The myth of the individual artist hero, of the brilliant idea springing forth from the personified mastermind, survives obstinately despite the fact that creative production in science, economics and the fine arts has in the meantime developed into something more context-related, something originating in teamwork. Perhaps the adherence to and re-creation of artist icons is a reflexive response to the ubiquitous, perplexing and networked flow of information; perhaps it is a need for clear cause-and-effect relations, while also being a means to create a product which can be seen in terms of economy: a work, or an opus. Music, however, is no material object; instead it requires a praxis. The organisation of sound in the irreversibility of time is hence difficult to grasp.
In light of this, in the 19th century an exegesis of the work emerged which was derived, having risen from a need for music analysis, from the established philology of that time. It thereby postulated a concept of the work, and therewith the text, as a masterpiece that could be written down and then be fixed, read, edited and analysed as text. The concept of interpretation, previously related only to language, was applied to the playing of music: In the process, the playing of music evolves into the understanding of music. Practical, musical interpretation must first and foremost base itself on an analytical, elucidative interpretation of the work. The paradox lies here in the attempt to exclude the very thing essential to music, namely its realisation through sounds, from this objectification, an attempt made perhaps because an “interpretational blurriness” could serve as a hinderance to precise analysis and knowledge. Here cause and effect are set in motion; they are virtually inverted.

The 1960s saw the creation, in literature, of a so-called aesthetics of reception. This theory, which explains that the sense of a literary text can unfold only with the help of its manifold receptions, active interpretations and discourses, was, interestingly enough, positioned in the very field which music studies had to thank for its own shortened focus on text exegesis, work analysis and objectification. If one follows the thoughts laid out by the aesthetics of reception, then the work which is fixed in the score is at the start a static, schematic formation of significations which comes to life only after its manifestation in a series of diverse performances, in processes of interpretation, reception, and discourse. Thus the text turns into the context, though it is not an arbitrary sequence of performances at stake here; much more, it is a “process of discovery and actualization of always-new possibilities—as they are proper to the scheme of the work—for potential forms of that work.”

Within this “determination of position”, I would like to concentrate on my own personal method and approach, which lies in this very process of discovery; in movement, in group relations and social context. I would like to describe this approach as relational. The triad of the work, the interpretation and the reception stand in a relationship of interdependency. The effort of interpretation turns out to be a changeable process in which one or more interpreters (players) execute a work in a span of time. Moreover, this effort is situated, as is the reception thereof, in a social discourse of transformable lingual, technical, political, and—in sum—cultural circumstances; of evolutionary structural change—discourse as flow of knowledge in time.
This is a recursive process where everything—composer, interpretive effort, and praxis of reception—stands in mutual, constantly changing interrelation. It is the fixed work alone which persists, with a strange erraticism, as immovable, instructive construction of signs, as object which time and again (re)produces historical reality and allows it to enter into living relations only through the help of the unsaid and the signifier of the unsayable.
In my work not only as soloist but also in continually collaborating ensembles, I try to take up this theme and develop a non-objectivist musical praxis which takes the self-referentiality of socio-musical contexts seriously, and views a work both as operationally closed system and as outcome of a recursive relationship between material, interpreter, composition, reception and discourse. Process as the idea of the material. The system creates a work that is constituted by praxis, context, participation, networking of relations, and communication. This is, however, not meant as a critique of any contemporary reality of composition but instead as a potential widening and multiplication of that reality’s possibilities (with reference to Heinz von Foerster’s “ethical imperative”).

How could a context-driven praxis possibly look? At the beginning of a naming process for a type of non-written music lies the task of forming a group, a task which already accounts for an important aspect of the emerging group aesthetic via the act of assembling the individual musicians. Each person has at her or his disposal an enormous musical material pool in her or his instrument, a pool which each individual has researched and developed, which contains new ways of playing, techniques geared specifically to each instrument, and preparations. These singular, individually compiled techniques would, in all their detail, be unteachable or uncommunicable in an instrumentation seminar. The way of acting and reacting is also very individual and, for all intents and purposes, should be understood as compositional element. There is the ability to integrate oneself into the group context, but there is also the courage to make accents and actions. Irritations can be tolerated and transformed into initiatives. The endeavor is aimed at attaining a balanced relation between performative self-expression and the performance of the group. Irritation instead of instruction. Communication is based on the equality of all participating protagonists and on the possibility, in principle, of critiquing any opinion or action.
I see the possibility to react to constantly changing relations and conditions in performance as an advantage. Spatial acoustics can also be included in the decision process, and even the audience has an inescapable influence on the unfolding of a performance: are they peaceful/unsettled, prepared for the unfamiliar, in possession of background information…? These variable facts constitute the concrete working atmosphere during the concert situation. There is, therefore, a wide readiness to exist interdependently. Decentralized decision processes within the variability of mechanisms of a work, within situations, and within environmental factors effectuate each individual’s opportunity to make decisions. A circular structure takes the place of a linear-causal structure of the fixed text in which communication travels in only one direction.
For me it is important to note at this point that the most important aspect of this approach is not the abandonment of the written; there are countless possibilities for “staging” this approach also in a score, or for interpreting preexisting historical texts autonomously.
I consider the following things to be specific to a relational music: the subjective autonomy of the individual, heterarchy of decisions, synergetic cooperation in terms of system formation (not to be confused with the collective), thoughts of past epochs, interdependence and recursiveness, feedback.
The idea of the circularity of an organisation of form was perhaps already established in the Enlightenment. According to Immanuel Kant, “Parts of a whole join into unity due to their being both cause and effect of their form.” The identity of the subjective individual is also thus constituted through transformation and movement. The ego produces a stable intrinsic value through incessant and infinite reflection; the same holds true for a cooperating group. Truth becomes a transient position-determination, derived from movement; a compositional work becomes a momentarily stable intrinsic value of recursive processes. Hence the “navigation” within group network relationships can only be corrected and steered through questioning and falsification rather than through a “this is the way it is”.

The self-referential information transfer imbedded, as intervening element, in discourse is a central component of a relational aesthetics which has been in practice for some time now (such as in the duo Activity Center since 20 years) while cultivating emerging qualities—that is to say, the result of synergetic cooperation is more than the sum of the involved individual (musical) elements and cannot be reduced to the characteristics of these elements (as opposed to the ad hoc session, which has a more additive-cooperative, aggregative character). Since the result of musical organisation is time and again a point of departure and orientation for new organisations, an operational closure emerges which gives rise to an intrinsic value, a proper structure, an attractor, which is, on the one hand, the outcome of the operational closure, though it cultivates the conditions under which the closure takes place—a quasi living system that complements its environment through its performance. In doing so, musical self-organisation describes composition in a way similar to that of the “mountain hiker, (who) is indeed constantly characterizing the mountains through the path that he takes”.
Again and again there is a composition emerging from the composition, a version, a plan for a new organisation, a track….
This compositional technique is the constant creator of its own components. From a poetry of the opus emerges a poiesis of relation (according to Humberto Maturana and Francisco Varela) which is connected to a challenge to cooperate.

This website uses cookies to improve your experience while you navigate through the website. Out of these, the cookies that are categorized as necessary are stored on your browser as they are essential for the working of basic functionalities of the website. We also use third-party cookies that help us analyze and understand how you use this website. These cookies will be stored in your browser only with your consent. You also have the option to opt-out of these cookies. But opting out of some of these cookies may affect your browsing experience.
Necessary immer aktiv
Necessary cookies are absolutely essential for the website to function properly. This category only includes cookies that ensures basic functionalities and security features of the website. These cookies do not store any personal information.
Non-necessary
Any cookies that may not be particularly necessary for the website to function and is used specifically to collect user personal data via analytics, ads, other embedded contents are termed as non-necessary cookies. It is mandatory to procure user consent prior to running these cookies on your website.
SPEICHERN & AKZEPTIEREN